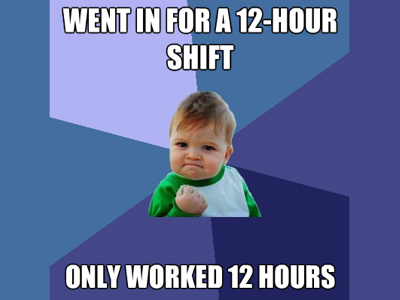 Last week, during the joint monthly meeting attended by Sheriff’s administration and KCDOA Board members, Chief Moore was asked if he had made a decision to approve or deny the KCDOA 12 hour shift proposal which was submitted in September. The Chief indicated that as of now it is a “no”, but that he is still ultimately undecided. The Chief told KCDOA representatives that he is concerned that (as noted in the proposal) 12 hour shifts would cost more if the jails were fully staffed. That being said, no Board member can recall a time when that has ever been the case… In the mean time, he has formed an efficiency committee to evaluate each position at Lerdo. Once that is done he said he would revisit the 12 hour shift proposal.