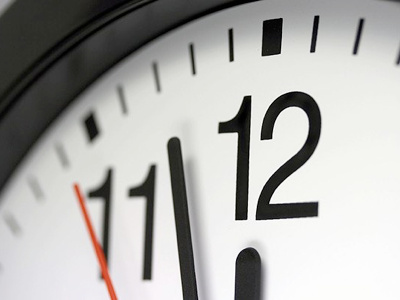 Earlier today, President Dees and Director Leal met with Chief Nelson and other Detention Bureau Managers to discuss the department’s decision to transition the Detentions Bureau jail facilities from the current 12 hour shifts to 8 eight hour shifts. Chief Nelson opened the discussion by describing the significant financial challenges facing the Sheriff’s Office budget this year. He indicated that facility closures and significant layoffs (of Detention Deputies and Deputy Sheriff’s) are possible. He made it very clear that the transition to 8 hour shifts is not a punitive action and is only being done to try and prevent facility closures (of Minimum and/or CRF) and minimize layoffs. Administration indicated that several million dollars will be saved by eliminating the 12 hour shift built in overtime. The most current comparisons and cost analysis of the different shift types (8’s or 12’s) was done by financial services at Norris Road. Chief Nelson indicated that this type of transition has been successfully completed in other work locations within the department and that all indicators are that it will work well in the Detentions Bureau. We presented some rough calculations that (at least) preliminarily look like the 8 hour shifts may end up costing more than the 12’s. As a result, administration agreed to provide KCDOA with their information so that we could compare and further evaluate the proposed cost savings… All parties agreed that we’re all most interested in preventing layoffs and facility closures if possible.

Although the current vacation levels (time off) levels are being maintained for the time being, it was indicated that they may be adjusted if necessary. There is no plan to evaluate the effectiveness of the 8 hour shifts in the short term. Administration may re-evaluate the plan after 1 complete year, but they are very confident that 8’s will work well.

KCDOA proposed several staffing alternatives in which 12 hour shifts might be maintained, but they were rejected. We offered to sign a letter of agreement stating that Detention Deputies would work 84 straight hours, but the managers indicated it would not produce enough cost savings. We also offered to work six 12’s and a (flex) 8 hour shift every pay period, but the managers indicated the scheduling would be too complex (especially) for larger facilities.

We understand that many people have pre-approved vacation beyond this new shift bid effective date and asked that it be honored. The Chief indicated that previously approved time off would be honored through what would have been the normal end of this shift (July 22?). Admin has placed people currently off on 4850 on varying shifts in an effort to spread them out as much as possible so that one particular facility or shift does not have a disproportionate number of them. We also asked that any members who are off on a non-4850 medical be allowed to bid as if their “back to full duty date” was based on the normal July shift bid as opposed to this earlier bid. It is our understanding that the managers will attempt accommodate those individuals as needed.

Also, Administration is planning to delete 6 Detention Deputy positions and use civilian staff to operate (some of) their respective functions. The positions slated for deletion are: Fed Excess (which will now be handled by the Property Room), Trash Truck, and the 4 work release positions.

On a brighter note, the Chief indicated that there may soon be promotions into 2 Senior Detention Deputies positions.

The managers indicated that they have heard rumors of staff indicating that some people might abuse sick leave and/or manipulate overtime as retribution for being moved to the 8 hour shifts, and hoped that was not going to be the case. KCDOA does not encourage this and we’re confident that Detention Deputies will use this opportunity to continue demonstrating our collective professionalism.

The tentative shift bid information provided to us was that the full shift bid will take place on April 19th (at building F – Norris Road) and that the new shifts would begin on May 7th. The shifts will be 0700-1500, 1500-2300, and 2300-0700 with varying days off based on seniority. We were told that additional information would be going out to everyone ASAP after this completed meet and confer.